Following on from intense behind the scene actions, Eyes2market UK's team secured a large amount of journalists and media partners to attend Sharjah's "A Date with Sharjah" events at this year's WTM stand.

Our Eyes2market team was delighted when we saw Sharjah Tourism's new WTM stand. even bigger than in previous years, the focus on family, beach and adventure sectors was strong.

Eyes2market's UK team worked hard pre, during and post WTM to ensure that there was a large and constant flow of quality trade, media and associate visitors.

Brits flock to Europe to cash in on strength of Pound
e2m-english Wednesday, 22 April 2015 11:06 UK Team in Action 0 comments Wake Up and Smell the Roses - in a Vineyard! 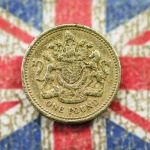 According to data collated by travel money business Centtrip, Sterling’s value has risen between 2.2% and 107% against 14 major currencies.As Sterling continues its run against the Euro, the number of Brits travelling to Europe is dwarfing the number of European travellers coming to the UK – and the trend shows no sign of stopping.  More Brits are visiting Europe thanks to the strength of the Pound.According to a travel barometer by GoEuro, 53% more Brits travelled to the continent in March than Europeans visited the UK.A 91% year-on-year rise in flight bookings to top European summer holiday destinations since the start of February is being claimed by CheapOair.co.uk.The increased value of sterling against the euro is being cited as encouraging bookings to eurozone countries such as Spain, Portugal and Greece.Spain is showing a 98% increase in flight bookings for February and March to date, with popular destinations including the Costa Brava, the Canary Islands and the Costa del Sol, according to Travel Media

Portugal is up 72% with flight bookings to Greece increasing by 59%.Source: travelweekly.co.uk Currently, London is the most searched for European destination, however as current trends develop, GoEuro predicts that Paris will become the new favourite by European travellers in the second quarter of this year.While the strengthening British economy is beneficial for Brits travelling internationally, the local tourism industry is likely to take a hit as European travellers look for more affordable options such as Paris, Amsterdam and Berlin.